The charity provides assistance in the form of donations / grants to institutions, organisations and individuals for the purpose of satisfying a medical, educational, Christian, welfare or environmental resources need within a 30 mile radius of the village of Blofield in Norfolk.

In 1999, The R.C. Snelling Charitable Trust, a registered charity, was set up to help and support those in need who live within the immediate community of Norfolk. The reason? Very simple. Rather than simply make donations to charities, Snellings wanted to formally find a way of putting something back into the very community which has helped to make the business what it is today. At the heart of the business was Roy’s desire to ensure the long-term future of the group for the benefit of its customers, employees and the wider community. He achieved this by establishing a charitable trust which now incorporates the Snelling Group.

Roy Snelling, the founder, was not motivated by money but rather by the satisfaction gained out of getting a job done properly through dedication and commitment.

The trust is charged to ensure the group’s growth and prosperity and to use its profits to reinvest in the future; to reward its employees and to help projects in the community. At the heart of the trust are the trustees who have been carefully selected to be of the right calibre and character to fulfil and balance the aims of the trust. As well as holding Christian values, the trustees are required to have integrity, honesty and respect for all. They must have the vision to invest and develop the business, but at all times this must be balanced to be carried out at a pace and in a manner, that does not jeopardise any aspect of the group.  It is these values which have guided and will continue to guide this successful business in the future which will not lose sight of its ethos of always treating customers with honesty and respect.

This ethos governs the running of the group which is driven by excellence, social responsibility, ethics and a commitment to our customers and our people. Our standards focus on innovation, quality and service. Our culture is one of "Being determined to do the right thing" We are an organisation with values. These are being Professional, Trustworthy and Friendly and built on our Knowledge and Experience. These are the essential ingredients in our strategy. By developing a dedicated and engaged team, seeking out new and improved methods and services, understanding our customers’ needs and striving to meet them, we believe we can consolidate our position in the audio visual and home appliances sector and its related services. 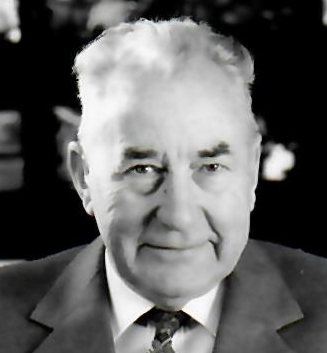 We see our corporate responsibility as a duty to provide an environment in which our staff are engaged, trained to broaden their skills and enjoy real job satisfaction. We strive to develop a team spirit, with high morale and involvement. Our management style is transparent – we want everyone to know where we’re going, and how they can help us get there. Everyone’s contribution is valued.

As a group, we acknowledge our responsibility to the environment and to our local communities in which we work and with which we do business. The group actively encourages our staff to recognise those responsibilities and behave in a responsible manner toward the society in which we function.

Our staff are reviewed, encouraged and supported as part of a continuous progress, not as a legal necessity. They are rewarded, because they achieve.

We work hard at creating a good place for people to work. And that includes making it a safe environment.

The commercial company, Snelling Business Systems limited, has a separate environmental policy statement clarifying its commitment to delivering a net positive impact on the environment and is proud that its management is recognised through ISO9001, ISO14001 and BS OHSAS 18001 in relation to Health and safety. 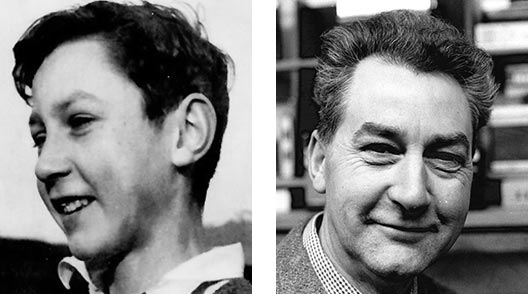 “What I have achieved would not have been possible were it not for the assistance, understanding and loyalty that I have received from Staff, customers, suppliers and I offer my sincere heartfelt thankyou to them all.”

A Norfolk man born and bred, Roy Snelling began his business career in 1954 and has been a leading pioneer for the audio visual industry ever since. He passed away in December 2012, aged 88.

On leaving school in 1938 aged just 14, Mr Snelling, accompanied by his mother, climbed the three flights of wooden stairs to meet the manager of radio wholesalers, Flinders, on Castle Meadow. Little did he know it, but this meeting, which led to his appointment as an apprentice with a wireless technician learning how to repair radios on a starting salary of just five shillings a week, would be the start of his wireless career. However, the outbreak of World War II saw first his manager and then Mr Snelling himself called up for military service, serving with the Royal Electrical and Mechanical Engineers training radio machinists across the country.

On his discharge from the army in 1947, Mr Snelling re-joined Flinders but by 1954, with the impending arrival of television, he saw an opportunity to branch out on his own. With savings from his military service and by selling his motorbike, he managed to scrape together enough money to start his own business but was initially unable to find a suitable shop and workroom. Never one to be deterred, he purchased a redundant Victorian laundry at Blofield Heath for £400, which he transformed into Snellings and which is still the destination store and home of the Snelling Group today.

The arrival and rapid growth of television in Norfolk from 1st February 1955 saw the business flourish, not least due to the steady stream of problems with the early sets. Mr Snelling spent seven days a week, often up to 16 hours a day, travelling to his clients’ houses to make repairs and replace worn out valves.

It was not until 1965 at the age of 41 that he finally made time for himself and married. His wife, Sheila, quickly joined him at work, handling the ever-increasing office work that went along with the successful business but sadly, after 22 years of marriage, she passed away in July 1987. 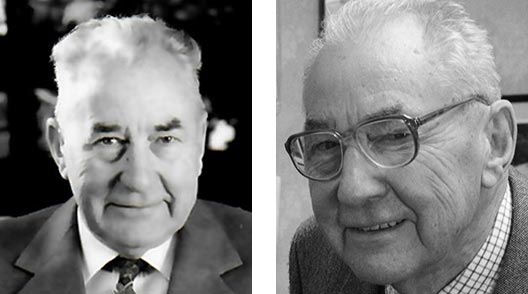 Mr Snelling subsequently established The Shelroy Trust in her memory; an organisation which supports charitable causes in Norfolk with a religious or medical connection.

Over the intervening years, Mr Snelling continued to build his business ensuring that it remained a market leader in service delivery and technological innovation. In 2000, he again foresaw the potential of technology and launched Snelling Business Systems, which has grown year on year, specialising in the design, supply and installation of audio visual technology nationwide.

Roy Snelling had a lifelong love of all things mechanical, which started as a boy when he was mad keen on the wireless, and his museum at the site at Blofield Heath is a testament to that passion. Those who knew him, recall that in the early years he was seldom seen without the tools of his trade – wire, cutters and screwdrivers. Mr Snelling described himself as “a local boy with a village school education” and his success was born more of a love of what he did and respect for his customers than a desire to make money.

Roy Snelling was committed to ensuring that his businesses were market leaders in service delivery and technological innovation. He prided himself on creating businesses with a reputation for always putting the customer first and customer service has always been the cornerstone of his businesses

This was highlighted in 1999 when he launched The R C Snelling Charitable Trust, a registered charity which was set up to help and support those most in need in the local community and to administer the group in the future.

“Roy was a true gentleman and a Man of God. His faith shone through all areas of his life and he shared in the happiness of others as well as their sorrows. Roy was a quiet, unassuming and truly selfless individual who always made time for others, frequently putting their needs before his own. He helped a great many people and organisations both personally and through his Trusts.”